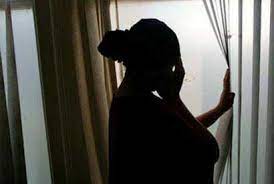 COLOMBO – In recent days, News 1st exposed the plight of Sri Lankan women taken to Oman on visit visas and being auctioned for sex in the Middle East.

Around 90 women who were subject to multiple forms of physical and mental abuse are currently given shelter at a safe house operated by the Sri Lankan Embassy in Oman.

However, this safe house lacks the most basic facilities to accommodate a single woman, let alone 90 of them.

These Sri Lankan women, some of who were auctioned for sex, are at this safe house because of the excessive trauma that they experienced, and sadly it has now been revealed that they repeatedly exploited the safe house in Oman.

“It’s been three years since I arrived in Oman. I came here last month, but they are not allowing me to leave. The officer has my passport and documents. When I bring money for the tickets, he threatens to tear up my documents. He is forcing me to be with him. I did not come here to love anyone. I’ve been stuck here for a month, and he’s refusing to look at my documents. I am kept here because I am not loving him,” revealed one woman.

Another said that the officer in question dictates the terms of operations at the Embassy, and that none of these women have even seen the Sri Lankan Ambassador to Oman.

News 1st also came across a woman who returned from Oman. She lives in Anuradhapura. She too had undergone various trauma overseas.

“There is an officer named at the Embassy. He sells girls for 1.5 million or higher. He is engaged in sex trafficking. They offer 10 kilos of rice for all the women to cook a meal. There are times that the women cry in hunger. There are two washrooms, and each is used by 40 women. The doors are off the hinges. This man called sells women for sex. There are many women who were sexually abused, and I cannot reveal their details to the media. The remaining women need to be rescued before they too become victims. There are no communication facilities over there, and some have not spoken to their families for months. The families assume their daughters are dead. But, they were sold for sex and the money is shared among and the agency representative,” she revealed.

On the 30th of October, a Sri Lankan woman who was held at the safe house protested opposite the Sri Lankan Embassy in Oman.

The Criminal Investigations Department has identified the Embassy official who is accused of committing sexual abuse towards women held at the safe house in Oman.

The CID said it has approached the country’s Attorney General for advice on proceeding against the illegal activity.

Manusha Nanayakkara, Sri Lanka’s Minister of Labour and Foreign Employment commenting on the matter said that “If one is travelling overseas using a visit visa, by boat or other illegal means, that is not a matter concerning the Foreign Employment Bureau. However, as a government, necessary measures are being taken”( News First)