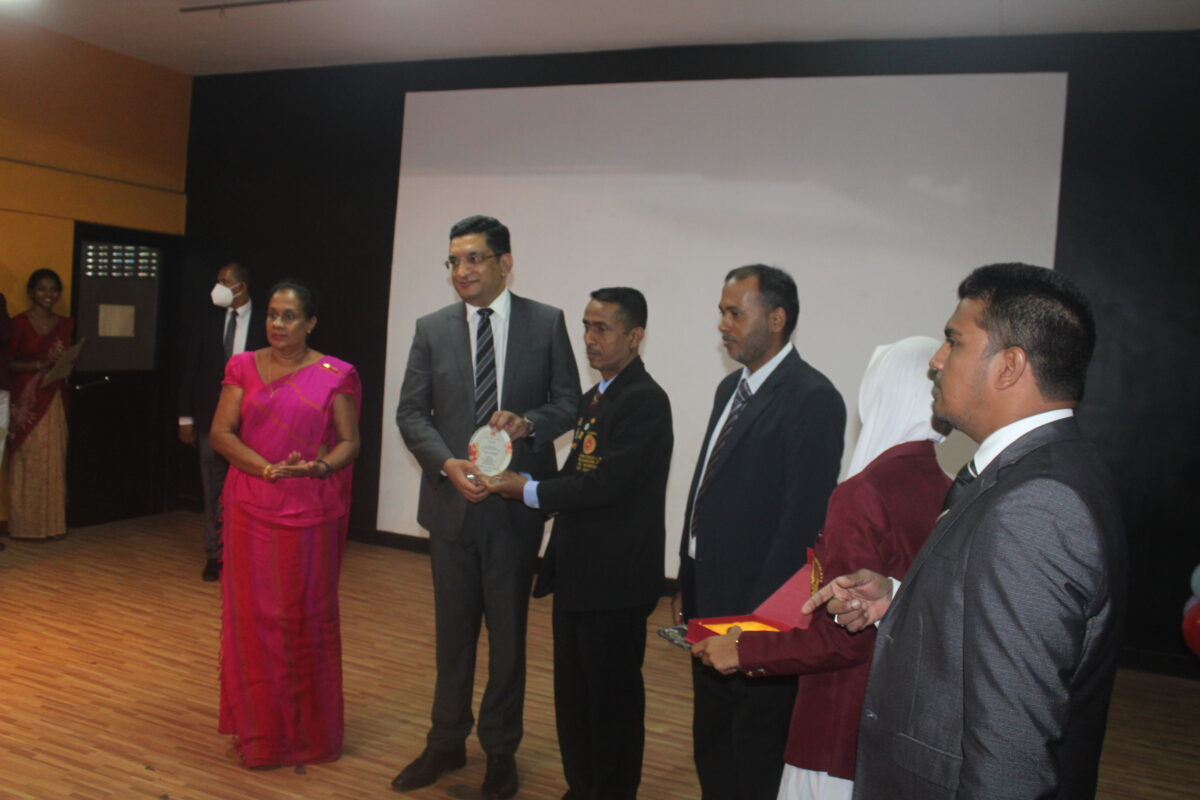 Buy not a bucket of fish, buy a fishing rod for a needy man for his upkeep- Foreign minister Sabry

COLOMBO- Sri Lanka’s foreign minister advised the people on Friday, Oct,21, to help a needy man with something  which could help him to earn his living.” Buy Not  a bucket of  fish, buy him a fishing rod for a needy man for his upkeep,” he stressed.

The minister was speaking at the 92nd Anniversary of Al-Hidhaya School, Maradana and he also inaugurated a smart classroom for the school.

The event was organized chaired by Mrs. A.A.C.K Abeysinghe, vice principal of the school in the presence of the College past pupils.

“In Japan, a poor person is never given fish for consumption but he is given a fishing rod to catch and fend for himself. This is the secret behind the development of the country. Moreover, 50 years ago Korea was a very poor country and currently it is the 7th largest economy in the world. In 1991, India built an open economy during the tenure of Prime Minister Manmohan Singh. Despite the fact that their governments changed, the educational and economic systems of India remained the same. This is the reason as to why India stands in the 5th place in the world.”

“ I met foreign minister of Saudi Arabia two times . Saudi Arabia is currently planning to introduce 4 prototype projects for the future to assist the development of their country. Since Saudi Arabia will be out of petrol within the next few years, they are intending to transform the country into a modern state to meet the challenges of the future.”.

Furthermore, he said, Saudi Arabia is now giving women their rights to be independent. Obligations such as covering the faces of women and wearing abhaya are being relaxed. They are prioritizing the concepts like education and learning along with relaxed laws. “The Saudi foreign minister told me that in the future, Saudi Arabia will build a country with national unity by preventing the divisions between Shia and Sunni Muslims,” Sabry added.

He said the need of the hour is to build a nation with people without racial differences, where people in Sri Lanka could peacefully co-exist with one another for the greater good of the people.

Sabry congratulated and thanked distinguished old boy Burhanudeen Hajiar who has not only built an auditorium for the school but has also funded the new smart classroom.( Edited by Zaida Zaman)