RIYADH: Wednesday has been announced as a celebratory holiday for all employees and students in Saudi Arabia after the national team won a World Cup match against Argentina on Tuesday.

King Salman approved a suggestion made by Crown Prince Mohammed bin Salman to celebrate the national team’s victory with a holiday.

All public and private sector employees and students at all educational stages will be given a holiday, Saudi Press Agency reported.

The Kingdom’s Ministry of Education said any exams scheduled for Wednesday would be postponed to Dec.7.

The Saudi Stock Exchange Tadawul also announced that it would suspend trade on Wednesday and resume on Thursday in light of the public holiday.-Arab News

The national football side’s remarkable victory is being seen as both a triumph on the pitch and an epochal moment on a global stage, where a regional power has long sought a place in the spotlight, Guardian reported.

Outsiders against an Argentine team on a 36-match winning streak surely delivered that and, on Tuesday afternoon and evening, it was all that mattered to Saudi leaders and the fans who circled public squares in convoys of cars, waving the country’s green flag and proclaiming a new era of international football.

The public holiday will be for all state employees “and the private sector, and male and female students in all educational stages” the government announced on Tuesday evening.

“We are so happy about the result. It was an exceptional match from our falcons,” said Ghassan Alwan, 42, marketing director at the Saudi Ministry of Housing. “Our faith in our players was in the right place. We wrote history tonight.”

“Incredible, massive, amazing, fantastic,” added Abdulrahman Abed, a sports editor. “Congratulations to everyone. This means a lot to every Saudi. This will give a huge boost to every Arabic team in the World Cup.”

Euphoria reached the inner circle of Crown Prince Mohammed bin Salman, who was pictured embracing his brothers after the full-time whistle, as well as sports cafes and public parks across the country.

Universities were given the afternoon off for students to watch the game. City streets were almost abandoned. Women joined men in many cafes and restaurants – a new phenomenon in the desert kingdom – to take in the most unlikely of victories.

“What an amazing win for the Saudi national team,” said Adel Al-Akeely, a Riyadh doctor. “There’s a lot that’s been changing in our country, many new achievements and an ambitious drive to become the best that we can be. Moments like this materialise these changes and remind you of how proud we are of our youth.

Saudis have long bristled at the notion that a love of sports and a keenness to attract global events amounted to image laundering, with many sports fans insisting that they too wanted to experience international competition and pitch their national teams into the mix.

Ahead of the match, Prince Mohammed told the national team: “All I want to tell you is stay relaxed, play your game and do your thing.” Few believed that this was just another game, however. In a country battered by criticism over human rights and geopolitical positions, this was a nation-building moment, a chance to turn a political tide.

That row is now firmly over and the Saudi victory was being received around the region as an achievement the Arab world could swing in behind. In South America, though, the reaction was markedly different.

There was shock and despair in Argentina as the final whistle went nearly 14,000km away in Qatar. The Argentinian football magazine Olé lamented what it called “a world-wide whammy”.

“Incredible,” Olé announced beside a photograph of Lionel Messi cradling his face in his hands.

The football writer Diego Macias called the result “a hammer blow … the likes of which will leave a long-lasting mark”.

“Argentina lost much more than a game against Saudi Arabia,” Macias wrote. “It forgot its footballing principles in the changing room and began the World Cup in the worst possible way.”

In neighbouring Brazil, fans rejoiced over their arch footballing rival’s dismal performance. A reworked version of Argentina’s triband flag – in which the yellow sun at the centre wept uncontrollably – went viral on social media.

“Socialism in Argentina has shattered the behaviour of its citizens to such an extent that they lost to Saudi Arabia in the cup,” tweeted the congressman and broadcaster Bibo Nunes. “What you get with socialism/communism is a wasteland.”Source: The Guardian 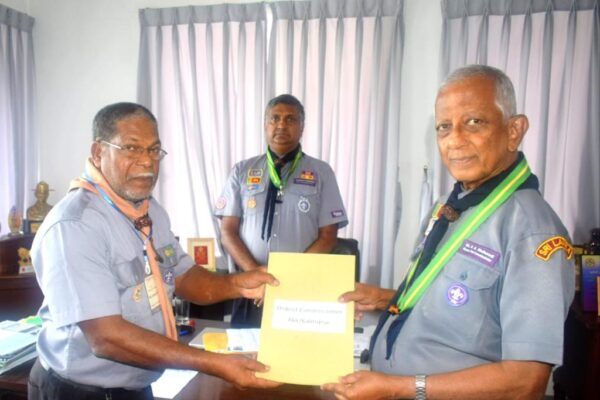