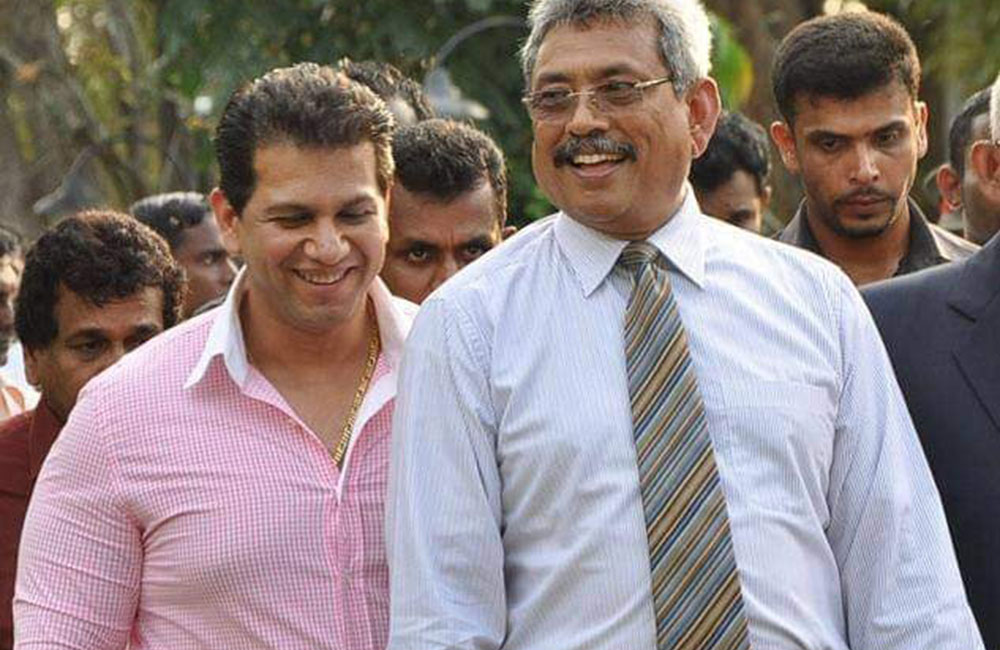 COLOMBO : The Supreme Court has issued notice on former President Gotabaya Rajapaksa to make submissions on December 16 over the presidential pardon granted to former MP Duminda Silva, according to the Ada Derana reports.

The order has been issued when the Fundamental Rights (FR) petitions seeking the dismissal of the decision to release the former MP under presidential pardon were taken up before a two-member Supreme Court bench consisting of Justices Murdu Fernando and Yasantha Kodagoda today (Nov. 24).

On June 24 in 2021, then-President Gotabaya Rajapaksa granted a presidential pardon to several prison inmates including Duminda Silva, in view of the Poson Full Moon Poya Day.

Silva was jailed in September 2016 after the Colombo High Court found him and several others guilty of the murder of former MP Bharatha Lakshman Premachandra.

The Supreme Court, which accepted the request, today granted permission to name the former president as a respondent and issued notices on him, informing him to appear before the courts on December 16 for presenting facts regarding the matter.

Attorney-at-Law, Eraj de Silva, who appeared on behalf of petitioner Sumana Premachandra, mentioned before the court that although the notices were previously sent to the private residence of former president Gotabaya Rajapaksa in Mirihana, the notices have been returned with a note “Acceptance Refused.”

Then the case was ordered to be recalled on December 16.

The petitioners have pointed out that the majority of the judges in the three-member bench of Colombo High Court had sentenced Duminda Silva, who was convicted for the murder of former MP Bharatha Lakshman Premachandra, to death, and that it was confirmed by a five-member Supreme Court bench.