COLOMBO: Sri Lanka’s acting President Ranil Wickremesinghe has declared a state of emergency that went into effect on Monday, as the interim government seeks to quell unrest ahead of a vote in parliament later this week to elect a new leader.

The island nation of 22 million people has suffered through shortages of essentials and days-long fuel queues for months, while foreign exchange reserves dwindled close to zero and headline inflation hit 54.6 percent in June.

Wickremesinghe was sworn in as interim president on Friday after his predecessor, Gotabaya Rajapaksa, fled abroad last week after resigning following months-long mass protests over the country’s economic meltdown.

The Sri Lankan Parliament convened on Saturday to begin the process of electing a new leader who will serve the rest of Rajapaksa’s term. Nominations for the election will be heard on July 19, and a vote is expected to take place the next day.

The acting president ordered the state of emergency “in the interest of public security, the protection of public order and the maintenance of supplies and services essential to the life of the community,” an official notice said.

“There were elements within society who were attempting to disrupt the peace in the country,” Wickremesinghe said in a televised statement on Monday. “They would be prohibited from disrupting the country’s progress.”

The government will engage “peaceful protesters who had legitimate concerns” and work with them to find solutions, he added.

Wickremesinghe’s move to impose an emergency comes as protests demanding his resignation continued in different parts of the country. Previous emergency regulations have been used to deploy the military to arrest and detain people, as well as dampen public protests.

“The current declaration of emergency rule is to merely protect (the government) from the people and deny people of their democratic rights,” Dr. Ruvaiz Haniffa, social activist and former president of the Sri Lanka Medical Association, told Arab News.

“Why does it have to use an emergency as a punitive measure against the people it’s supposed to serve unless it is aware that it has not and is not delivering the service the people expect?”

Namal Jayaweera, one of the protest leaders, said that Wickremesinghe was appointed as premier to safeguard the interest of the Rajapaksas, whose family dynasty ruled over Sri Lankan politics for more than 20 years.

Wickremesinghe was named prime minister only in May, after Gotabaya’s elder brother, Mahinda Rajapaksa, stepped down from the position following violent clashes between protesters and supporters of the ruling party in Colombo.

“When he came on as prime minister he said his first priority was to give three meals, get petrol and gas, and power to the people,” Jayaweera told Arab News. “He has failed and could not keep his promises.”

“We will continue the fight until Ranil is also ousted, as we see him as a dealmaker and protector of the Rajapaksa regime.” – Arab News 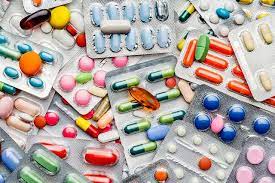