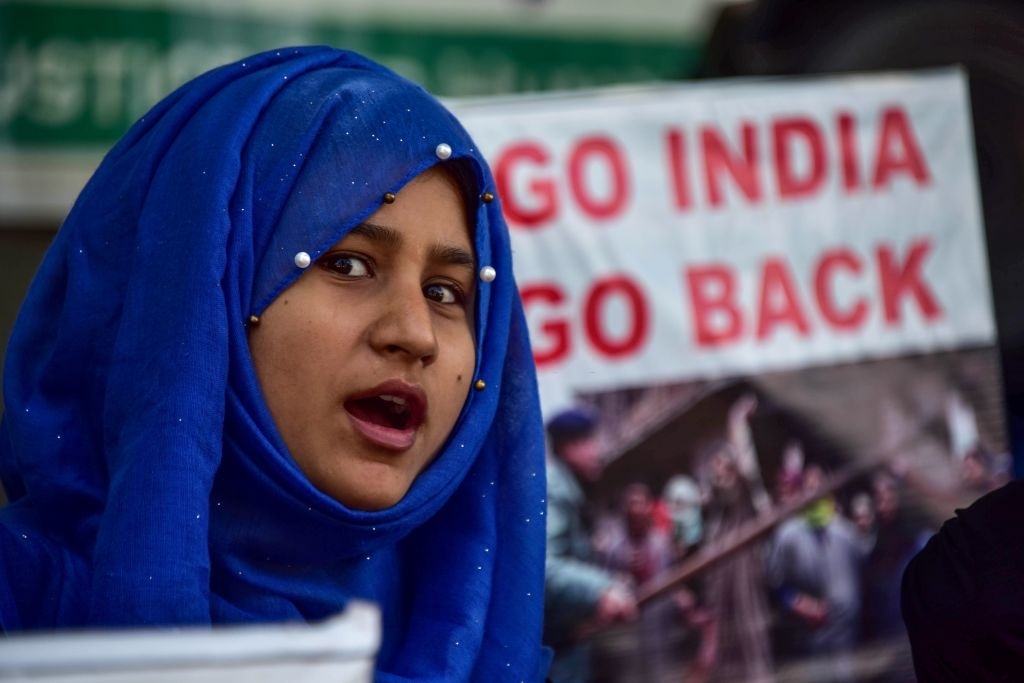 ISLAMABAD: In occupied Jammu and Kashmir, the All Parties Hurriyat Conference (APHC) has announced the people of Kashmiri will observe 5 January as Right to Self-Determination Day by organising demonstrations and seminars to invite global attention towards the dispute.

Ghulam Ahmad Gulzar, a senior leader of the group, while making the announcement in a statement, said the unresolved dispute is a big question mark on the credibility of the United Nations.

“If the UN wants to restore its credibility it needs to implement its resolutions on Kashmir without further delay,” he said.

It was on January 5, 1949 when the Security Council passed a historic resolution saying: “The question of accession of the State of Jammu and Kashmir to India or Pakistan will be decided through the democratic method of a free and impartial plebiscite.”

Gulzar said that seven decades have passed but the promised plebiscite remains unfulfilled to date.

The politician lamented the UN did nothing concrete to implement its resolutions which emboldened India to militarily crush the struggle. He said that by deploying over one million trigger-happy troops, India has turned occupied Kashmir into a gigantic prison.

Indian troops who have been given license to kill Kashmiris are trampling humanity under their jackboots, he added.

“Martyrdom of over 100,000 people, destruction of 150,000 structures, molestation of more than 13,000 women is a glaring proof how India is hell-bent on annihilating Kashmiris and occupying their land,” he informed.

Gulzar said that after 5 August 2019, the government of Narendra Modi, the prime minister of India, has broken all previous records of brutalities. It is using Israel-inspired tactics to deprive the people of Kashmir of their land and impose its devilish Hindutva agenda in the region.

Issuing domiciles to thousands of non-locals, granting them land in occupied territory and introducing other anti-Kashmir and anti-Muslim laws have made the evil intentions of Hindutva forces very clear that they want to strip Kashmiris of their identity, culture and land.

He appealed to the people of Kashmir and Pakistan across the world to organise large-scale protest demonstrations in different countries of the world and to invite the world’s attention towards the Kashmir issue.

He also urged the world community especially the UN to take concrete steps for the settlement of the Kashmir issue.

Muhammad Sultan Bhat, a leader of the group in Azad Kashmir, in a statement, said that UN resolutions of 5 January provide the basis for the resolution of the Kashmir conflict.Pakistan Today