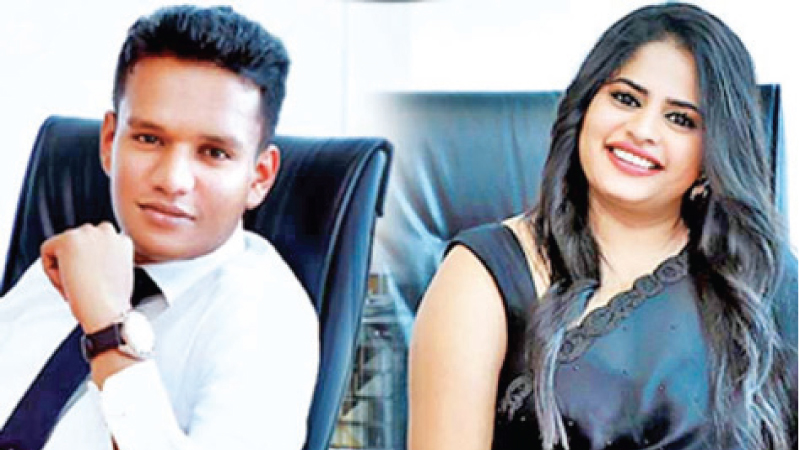 Priyamali,ally remanded till Nov.2, Rs.3000 million has been swindled

She had demanded an amount of Rs 30 Mn while in Prison:

The Acting Magistrate while rejecting the bail application filed by the accused, made this order when two cases filed against them were taken up before the Magistrate court yesterday.

The Criminal Investigation Department informed the court when the main case against Thilini Priayamali was called before the Magistrate court that she had received Rs.3000 million in her account though she has no source of income.

The CID told the court that three new complaints have been received against Priyamali in relation to Rs 873 million and a gold necklace worth Rs.800,000, a kilo of gold worth over Rs 100 million and money over Rs 226 million

The CID informed the court that her boy friend Isuru Bandara currently has Rs 10 million in his account and an investigation is being conducted regarding a kilo of gold.

CID also told court that three mobile phones were seized on two occasions while she was in prison and the statements of four persons were recorded out of the 11 calls made and received.

The Department said that she had demanded an amount of Rs 30 million . The suspect had called an employee of her office and asked for the phone numbers of various people. The investigators informed court that the use of mobile phones inside the prison, where intelligence officers are also present, is a hindrance to the investigation.

The CID informed the court that the suspect was taken to Thico Group of Companies, Krish Company and two of her houses based on a search warrant. The officials noted that investigations are being conducted regarding the missing hard disk of five computers in her office.

The Court was also informed that the suspect has spent Rs. 35 million for the Muhurath Ulela of the film Maya Jalaya without getting any income.CDN