ISLAMABAD: A popular Pakistani news talk show host, Sharif was killed in Kenya on October 23
Pakistan government has since said Sharif was murdered in a “targetted killing”

ISLAMABAD: The postmortem report of Pakistani journalist Arshad Sharif, mysteriously killed in Kenya last month, has been shared with the family, their lawyer, and an official at the Pakistan Institute of Medical Sciences (PIMS) where the autopsy was conducted, said on Tuesday.

Sharif, a popular talk show host at a local Pakistani news channel, was killed in Kenya on October 23 after he went on the run, leaving his home country in August over threats to his life. Police in the Kenyan capital called the shooting death a case of “mistaken identity” during a search for a car involved in a child abduction case. The Pakistan government has since said it believes the journalist was murdered in a “targetted killing.”

Sharif’s body was brought back to Pakistan days after his murder and an autopsy was conducted at PIMS in Islamabad on October 27 amid calls for a transparent investigation into the killing. It has been widely reported in Pakistan that the autopsy had revealed Sharif’s body bore signs of torture. Neither PIMS nor the Pakistan government have confirmed the reports.

“The postmortem report has been provided to the family,” PIMS executive director Dr. Farrukh Kamal told the Islamabad High Court before the hearing was adjourned.

The court was hearing a petition filed by Sharif’s mother, Riffat Ara Alvi, earlier this month, saying PIMS was refusing to share the autopsy report with the family despite repeated requests.

“We are adjourning the hearing till tomorrow and the petitioner’s lawyer should be present in the next hearing,” IHC Chief Justice Amir Farooq said.

The Sharif family lawyer Razzaq also confirmed to Arab News that the family had received the postmortem report from the PIMS administration on Monday.

“I could not attend the court hearing today as I have to provide a written statement on behalf of the family in the court,” Razzaq said, confirming that he would appear before the court on Wednesday.

Earlier this month, the slain journalist’s mother wrote a letter to the Supreme Court Chief Justice, requesting him to form a judicial commission to investigate her son’s killing-Arab News 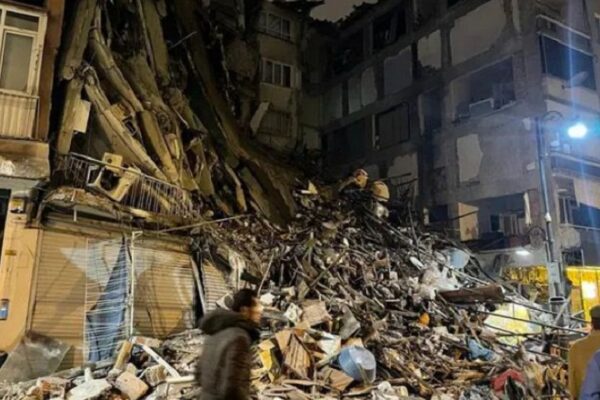