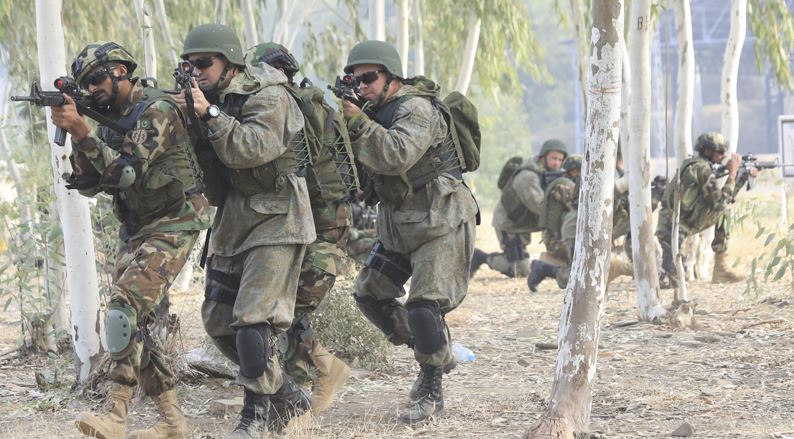 INSTITUTE OF SOUTH ASIAN STUDIES : In late September 2021, the Pakistan-Russia Joint Military Consultative Committee (JMCC) met for the third time. The meeting was held between Pakistan’s Defence Secretary Lieutenant General (Retired) Mian Mohammad Hilal Hussain and Russia’s Deputy Defence Minister Col Gen Alexander V Fomin during which matters of mutual interest and cooperation in areas like military training, joint exercises, intelligence cooperation, defence industrial cooperation, the evolving situation in Afghanistan and regional stability were discussed. The two sides also agreed to hold a fourth round of meetings in Russia in 2022. The JMCC, which was initially set up in 2018, is the highest forum of defence collaboration between the two countries. This also indicates the formalisation of defence relations that started in 2014 with the signing of the bilateral defence cooperation agreement. The JMCC meeting coincided with a two week-long counter terrorism ‘Exercise Druzhba VI’ (28 September – 9 October 2021) in Russia in which Special Forces from Pakistan participated. According to Pakistan military’s communications wing, the Inter-Services Public Relations, senior officials from both countries were present at the occasion.

However, the mood started to change as greater opportunities were found around which to have a conversation. The 2010 Quadripartite Summit among Russia, Afghanistan, Pakistan and Tajikistan at Sochi was one of the important earlier meetings that led in 2012 to Pakistan army chief’s first visit to Moscow. There was a further opening up of relations with a counter-narcotics exercise in 2014 and 2015. A further easing of bilateral ties was visible when in 2014 Russia lifted an arms embargo on Pakistan followed by an agreement in 2015 on the sale of four Mi-35M attack helicopters. At the time of delivery of these helicopters in 2018, Pakistan also expressed interest in 20 more helicopters. Weapons acquisition is a serious bilateral interest between the two but with limited possibilities. Pakistan’s pockets are not deep enough to purchase weapons in large numbers. Given that Finance Minister Shaukat Tareen’s recent meeting with the International Monetary Fund ended inconclusively, it raises questions about Pakistan’s wherewithal to make off-the-shelf weapons purchases, especially of Russian technology such as the S-400 missile defence system.

The shortage of funds also puts restrictions on overall bilateral trade that remains under US$1 billion (S$1.35 billion). Former Prime Minister Nawaz Sharif had tried to attract Russian investors to invest in Pakistan’s energy sector. There were also talks of Russian companies supplying natural gas to Pakistan and help with its industrial use in the country. Sergey Lavrov’s visit to Pakistan in April 2021 was the first by a Russian foreign minister in nine years. He then held several meetings with his counterpart, Shah Mahmood Qureshi, Prime Minister Imran Khan and Army Chief, General Qamar Javed Bajwa.

Nonetheless, it is worth noting that Russia-Pakistan relations have their limitations. The relatively greater potential in building ties lies in the field of national security. Despite Russia building a gas pipeline from Karachi to Lahore and Khan talking about possible Russian investment in railways and aviation, this does not necessarily mean that economic relations between the two countries will increase. Pakistan’s market remains dominated by China. Furthermore, the trajectory of foreign relations is driven by military security, which is why several military exercises and training programmes were conducted. In 2016, the two states held the first-ever joint exercise in September 2016 in Khyber-Pakhtunkhwa (KP) at a time when Moscow was holding another exercise with India. Incidentally, five years later, in September 2021, a minor contingent of three officers participated along with Russia and other states in a counter-terrorism exercise in KP, India’s participation being under the umbrella of the Shanghai Cooperation Council.

Russia seems to be doing a careful balancing act between India and Pakistan despite its growing anxiety about India’s tilt towards the United States (US), a perception it shares with Pakistan. The new bilateral relationship is partly based on their suspicion of Washington and urge to build a favourable power balance in the South Asian region. Russia and Pakistan (which the US accuses of supporting the Taliban) wanted American exit from the region but are nevertheless equally challenged by the continued presence of extremist-militants in Afghanistan, especially the Islamic State of Khorasan Province and al-Qaeda. In April 2021, during his visit, Lavrov emphasised Moscow building up Pakistan’s potential to fight terrorism. But this entails more than just military cooperation, as Russia recognises Pakistan’s diplomatic and political role in dealing with the Taliban. Pakistan, on the other hand, would like to upgrade the relations through a visit by Russian President Vladimir Putin to Islamabad. Such a development is likely to give Pakistan a sense of pursuing an independent foreign policy in which it does not remain entirely dependent on Washington.

(About the author: Dr Ayesha Siddiqa is a Senior Fellow at the Department of War Studies, King’s College London. She is also a Non-Resident Fellow at the Institute of South Asian Studies (ISAS), an autonomous research institute at the National University of Singapore (NUS). She can be contacted at [email protected]. The author bears full responsibility for the facts cited and opinions expressed in this paper.) 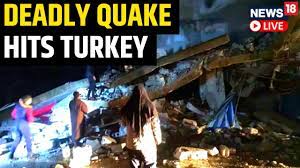