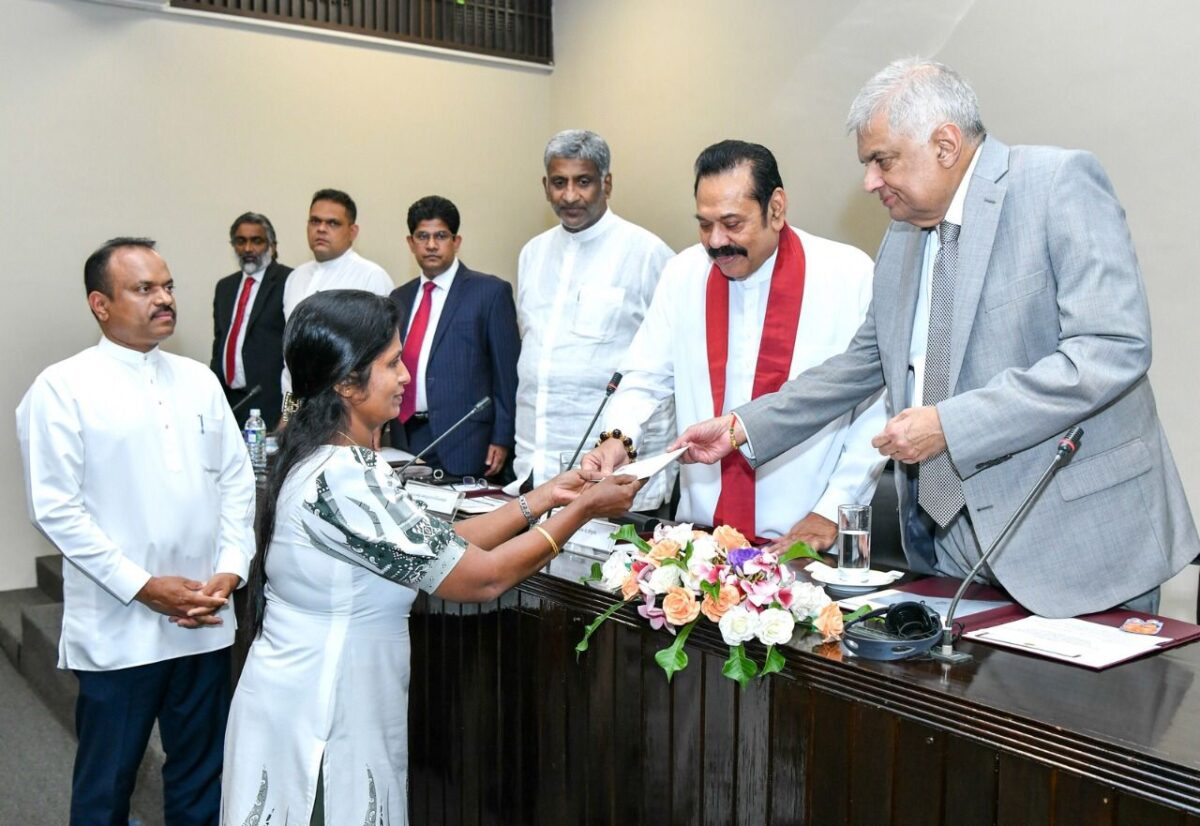 COLOMBO : President Ranil Wickremesinghe yesterday (14) handed over the sum of Rs. 9.025 million donated by the Members of Parliament to the wife of Mr Amarakeerthi Athukorala, the former Polonnaruwa District MP of the Sri Lanka Podujana Peramuna, who was killed by assailants on the 9th of May.

The Deputy Speaker Ajith Rajapaksa handed over the relevant cheque to the President at the ruling party’s group meeting held yesterday at the Parliament Complex and the President presented the cheque to the family of Mr Amarakeerthi Athukorala.
Around 183 Members of Parliament donated money for this purpose.

Deputy Speaker Ajith Rajapaksa said that the “Madiwela Mithuro” club comprising MPs from the ruling party in the Madiwela MP quarters complex commenced collecting these funds for Mr Amarakeerthi Athukorala, it was a special incident where the ruling party, as well as the opposition MPs, had contributed to it.

The President was also requested to arrange for Mr Amarakeerthi Athukorala’s family to receive the pension entitled to MPs, in the same manner, that former MP Keerthi Abeywickrama, who was killed in a grenade attack on Parliament, was given the pension.