COLOMBO : President Gotabaya Rajapaksa and the World Bank representatives inspected the pumping station at Nagalagam Street in Colombo, Friday Nov.05 which was the first official visit follow his return from the Glasgow Conference.

President Gotabaya Rajapaksa, when he was the Secretary to the Ministry of Defence & Urban Development, planned the Metro Colombo Urban Development Project in 2012, the President’s media Division said.

It includes 55 sub- projects and the Nagalagam Street Pumping Station is one of its sub-projects.

The main objective of this sub-project is to control floods in the city of Colombo and to avoid the pollution caused by the depletion of water in the canals during the dry season. Five pumps capable of discharging 30 cubic meters of water per second into the Kelani River and two pumps capable of carrying 12 cubic meters of water per second from the Kelani River into the canals have been installed at the pumping station. It also has two automatic locking doors and a control system.

The total cost of the project is US $ 321 million and the World Bank has provided a concessional loan of US $ 213 million. The Government of Sri Lanka has provided US $ 108 million for this project.

Project Director Mrs. A.H. Thushari explaining the progress of the project to the President and the World Bank representatives said that within the next few months the project will be completed. 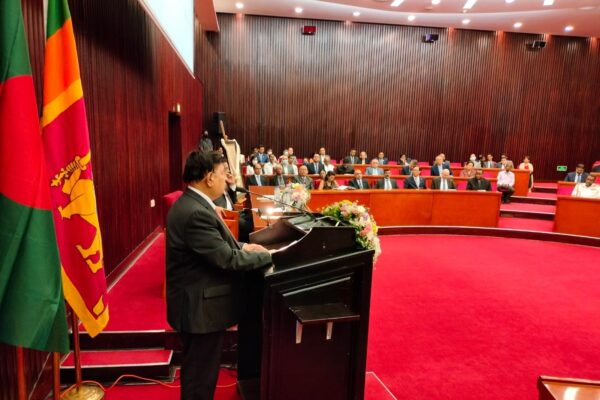