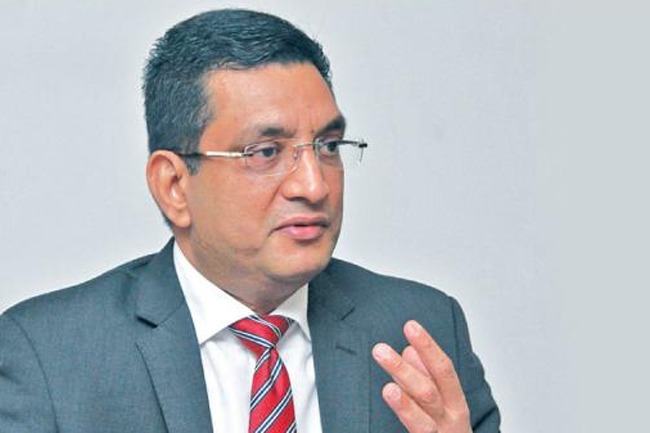 COLOMBO: Sri Lanka is hopeful that China will step up to provide it with debt restructuring assurances, along with India so that the island nation can go to the International Monetary Fund (IMF) to resolve the matter and get back the path for economic recovery, Minister of Foreign Affairs Ali Sabry says.
In an exclusive interview with India-based WION news agency, the lawmaker said it is important for all creditors and all investors that Sri Lanka overcomes the economic crisis as soon as possible.
“The longer the debt gets suspended, the longer it takes to recover. It is bad for all creditors and investors; everybody understands that including China,” Minister Sabry said further.

He also mentioned that Sri Lanka’s creditors including China, India, Paris Club and Japan have been cooperative about the discussions on debt restructuring, adding that the country is in its final stage of trying to get the debt restructuring and assurances. “We are hopeful all countries and all out friends will not let us down.”

The lawmaker, lauding the support extended by India, said the credit lines from the neighbour have kept Sri Lanka going for a long period of time. He also recalled how India supported the island nation in its discussion with the IMF. “Indian support is very critical to us. India has played a great role in supporting the neighbour in the most difficult time of its history.”

In response to another question, Minister Sabry stated that Sri Lanka has not asked India for more support, as its economy has stabilized to some extent. “Right now we have reached out to India and the rest of the world, but it is not for aid or any more loans, but basically investments. We are working with Indians, Indian companies and government to work together in various areas for mutual interests, so that investment comes into the country and it will be beneficial for both Indians and Sri Lankans.”

Speaking on Sri Lanka’s economic situation which exacerbated over the past few months, the foreign minister stated that the island nation has seen a significant improvement in comparison to what it experiences in March, May and July.

Tourists have started to come back and there is a little bit of stability in foreign currency, Minister Sabry commented, adding that this allowed Sri Lanka to get its fuel stocks, cooking gas and other supplies to some sort of normality. “But we are not out of the woods. Some turning point has taken place for goods.”