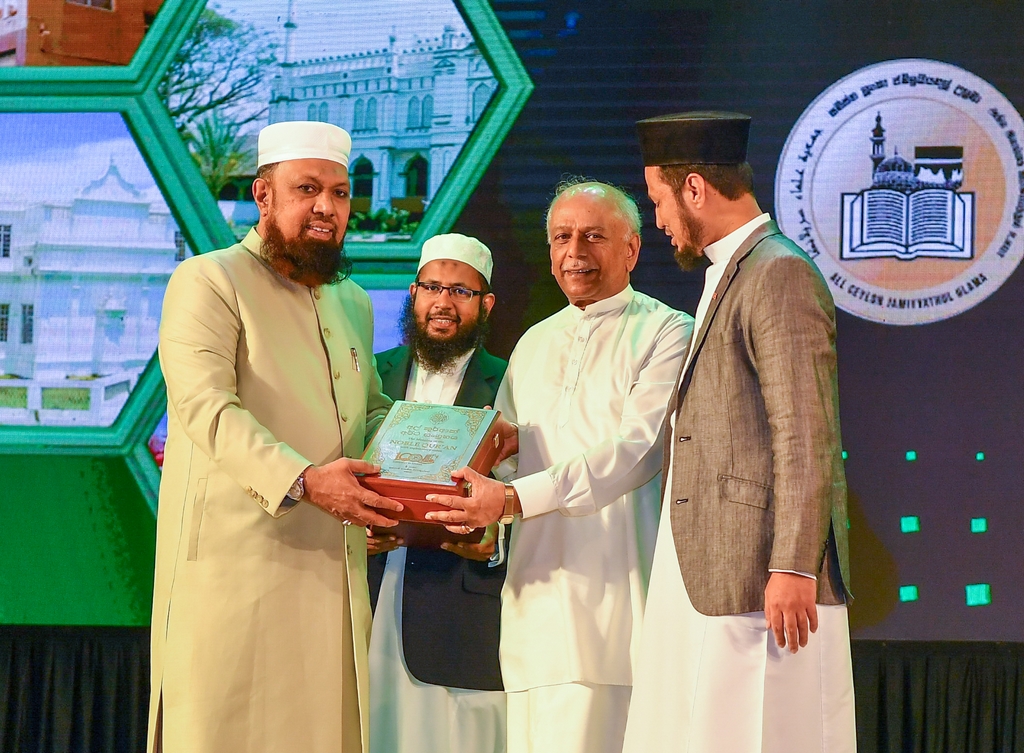 COLOMBO : President of the All Ceylon Jamiyyathul Ulema (ACJU)  Ash-Shaikh Mufti M.IM. Rizvi said that his organization is committed to serve the country to promote unity and work for its national security and development of the nation.

The president was speaking at the centenary celebrations of the ACJU held at the BMICH on Thursday,Jan.19

Speaking further, the Mufthi said : “ Our motherland, Sri Lanka, is a multi-ethnic and multi-religious country. The progress and the prosperity of our country depends upon the harmonious relations among all our communities.  History bears evidence that our nation has been nourished with healthy relationships for centuries, among Buddhists , Hindus, Christians and Muslims.  The warmth, kindness, love and respect from various sections who worked to minimize sectarian conflicts have been a cornerstone of truly successful nations. It is a responsibility of every patriotic citizen of our Motherland to engage in efforts to strengthen relationships among each other regardless of caste, race and religion.

It is noteworthy that one of the first Constitutions in the history with regard to Religious Rites was introduced by Our Holy Prophet in the Holy City of Medina, which made ACJU to recognize the paramount importance of working with the government and other religious leaders to regulate the religious space and build moderation, tolerance and coexistence.

With contemporary challenges in the world around us, the need for initiatives which built bridges among communities, increased in Sri Lanka in the recent days. Accordingly, working hand-in-hand with our dedicated leaders in the country remains a foremost priority.

The success and the prosperity of mankind depends heavily on the strengthening of good qualities, and the upholding of humanity and brotherhood. Based on the Holy Qur’an and teachings of Prophet Muhammad there are four stages to maintain coexistence within communities. They are introducing ourselves to one another, Building better understanding between one another, Creating a state of tolerance between each other and Extending support in the state of cooperation in agreeable subjects. Islam encourages education and entrusts the responsibility of educating those who are under our guardianship.

The mandate of the ACJU, has been to mentor the youth into becoming valuable assets for Sri Lanka. Such assets, which the country can be proud of, will beam a light around the globe of truthful, caring, loving, respectful and dignified citizens.

Under the theme of ‘Education for All’, the ACJU, conducted spiritual and academic programs, and extended possible assistance to underprivileged students while facilitating essential infrastructure facilities in order to create an effective learning environment. Over the past few years, nearly 38,000 students from 40 Schools have benefitted from this program across the country.

According to the divine message of the Holy Quran,  saving one single life is equivalent to saving the entire humanity.  In recent years, many religious, social organizations, political movements and institutions have had to deal with radicalization, extremism and various forms of violence. Individuals have utilized religion, social injustice, financial hardships, ethnicity, etc. to justify unacceptable behavior.

To that end, the ACJU has taken upon itself to help citizens in overcoming these mental, psychological, emotional and spiritual disorders. The support of volunteers and mental health professionals has been invaluable, and we hope to continue building on this framework. Our past collaborations with government entities during times of strife, I believe has been a model to the world.

For decades the national war heroes sacrificed themselves to protect the sovereignty of our Motherland. All patriotic citizens, regardless of their racial or religious differences, contributed in all possible means in support of this national cause.

It is an undeniable fact that the Muslims played a vital role in Mutur in 2006, in eliminating the terrorists by assisting Security Forces during the War. Furthermore, ACJU is one of the first bodies in the world, which issued a joint declaration against ISIS and extremism in 2015.

We also engaged in significant efforts in counter-radicalization programs for youngsters, such as publishing the booklet ‘Don’t Be Extreme’. Moreover, we compiled the exegesis of the Holy Quran in Sinhala and booklets clarifying misconceptions on Islamic teachings in order to give its correct understanding to the brethren of our beloved Sri Lanka.

With regard to sustainable development, Islam encourages assistance towards humanity as it declares that ‘All creations are one family’, showing kindness to the creations secures the Divine Mercy of the Almighty and it is also stated that the best amongst us are those who are beneficial to humanity. The ACJU has carried out nearly Rs. 1 Billion in social services projects over the last two decades.

We facilitated humanitarian assistance during the national crisis situations such as the Tsunami disaster up to the recent flash floods, and the crisis in Mutur in 2006 up to the unfortunate Easter Attacks. It is significant to note that during the crucial pandemic period, the ACJU played a vital role in collaborating with the related authorities and extending possible support whenever necessary.

In 2002, the All Ceylon Jamiyyathul Ulama initiated the process of issuing halal certifications for the meat suppliers of the Parliament of Sri Lanka on their request. After a period of time, this initiative created a process of Halal certification, which generated millions of US Dollars in export revenue to the country.” 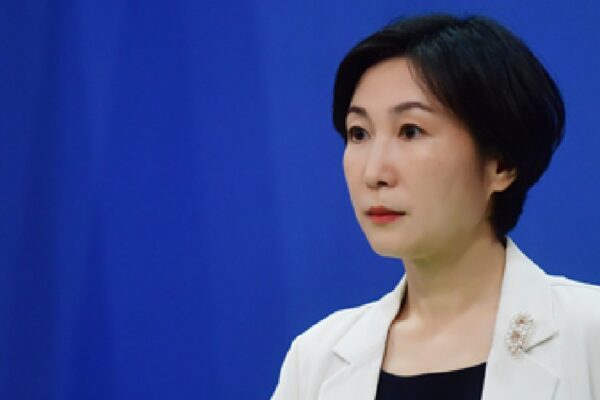 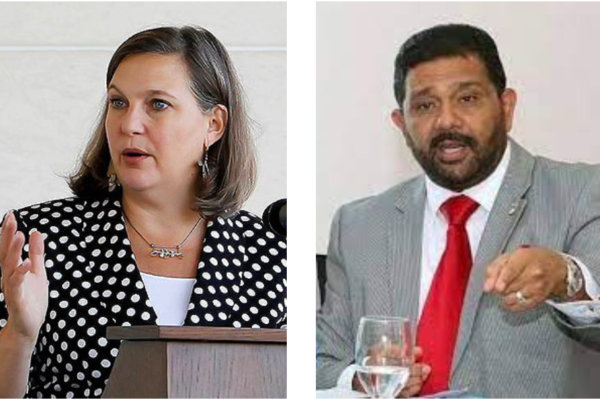